A piece of Asia here in London... 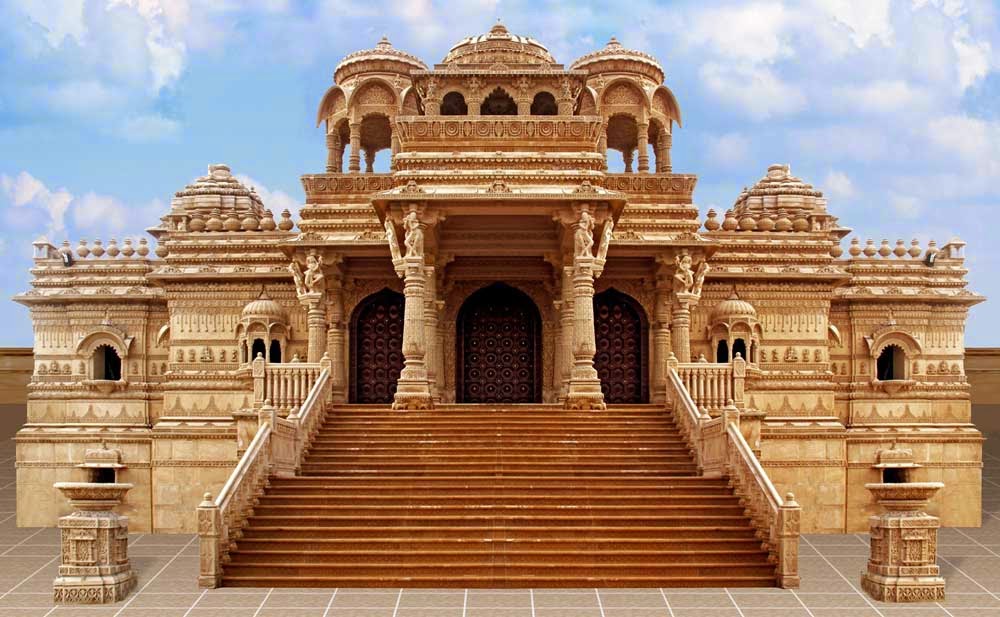 I remember one month ago, I was waiting a bus at Wembley central station and googling where is the closest ticket office while on my map suddenly saw pin of Hindu temple. Immediately I opened the picture of the temple and lost my breath for a second. What I saw was beyond beauty. And it was just 500meters of bus stop, in the area of Alperton. I was already in the bus, half way home and the day was turning into dusk so I said to myself what would be the best is to visit the temple some other day.

To be honest, I was not surprised at all why the temple is built here, in London knowing that many Indian - Asian people live here, specially in Wembley.

Next several days was really bad weather, rainy and cold so I was not into sight seeing. The weekend was promising. Early morning that Saturday I went to see Vintage clothes market and I was so disappointed and at the same time shocked what people were buying. The clothes was so old, not in good condition and oversized, not even vintage. I returned home. The day was amazingly sunny so Pyrros and I went to see the temple since it's not far away and we needed a vitamin D cause here in England is very rare :) 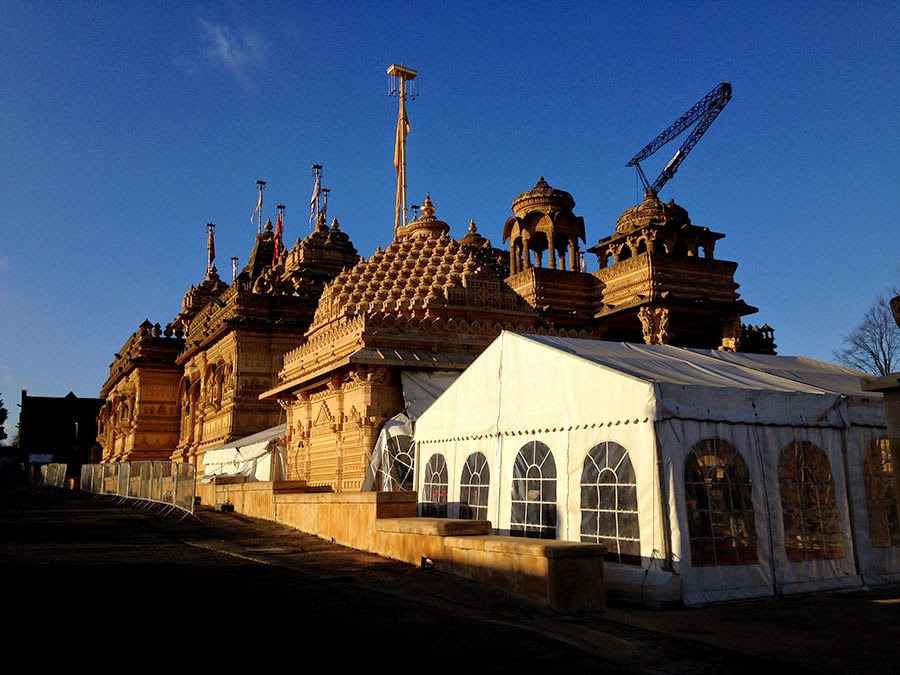 *The temple welcomes visitors of all faiths and none, although certain Hindu customs - such as removal of the shoes upon entry are expected to be adhered to during your visit.

*Famous spiritual leaders and forms of Gods from other religions are also featured in the carvings, such as Mother Teresa, Meerabai, Guru Nanakdevji and many more showing the respect, love and compassion for all religions. 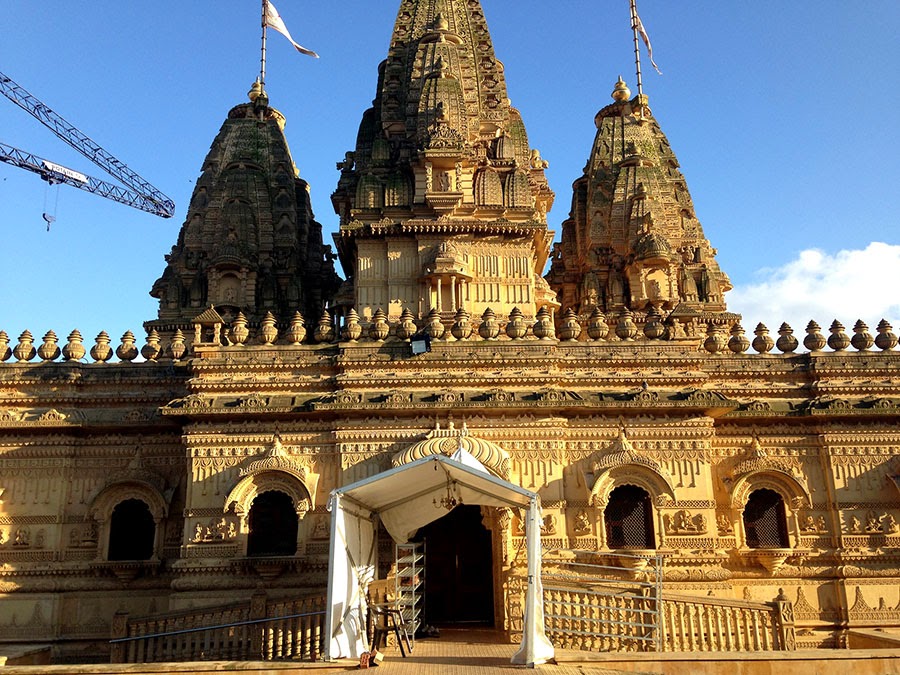 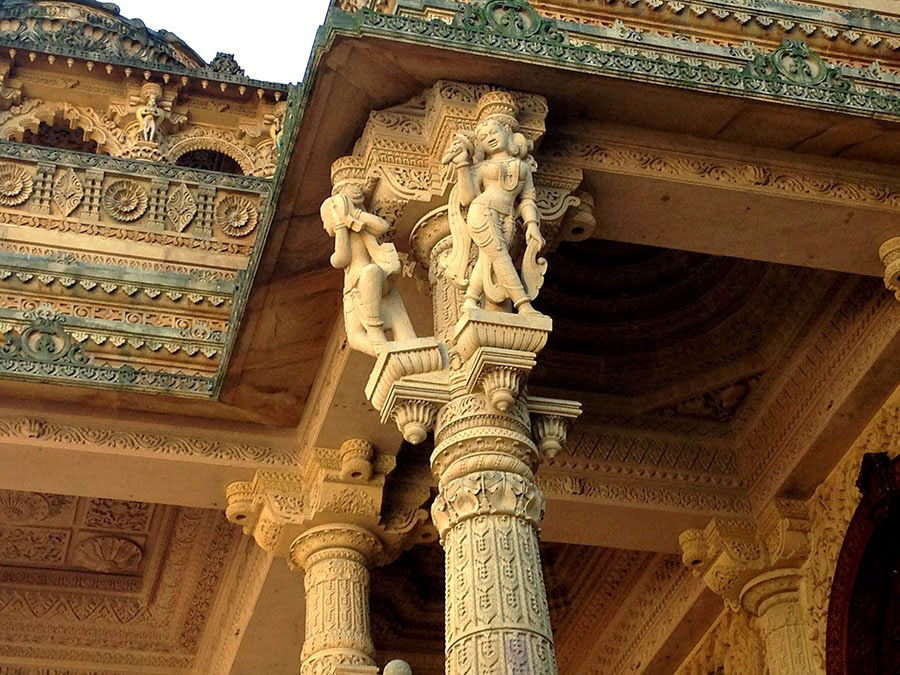 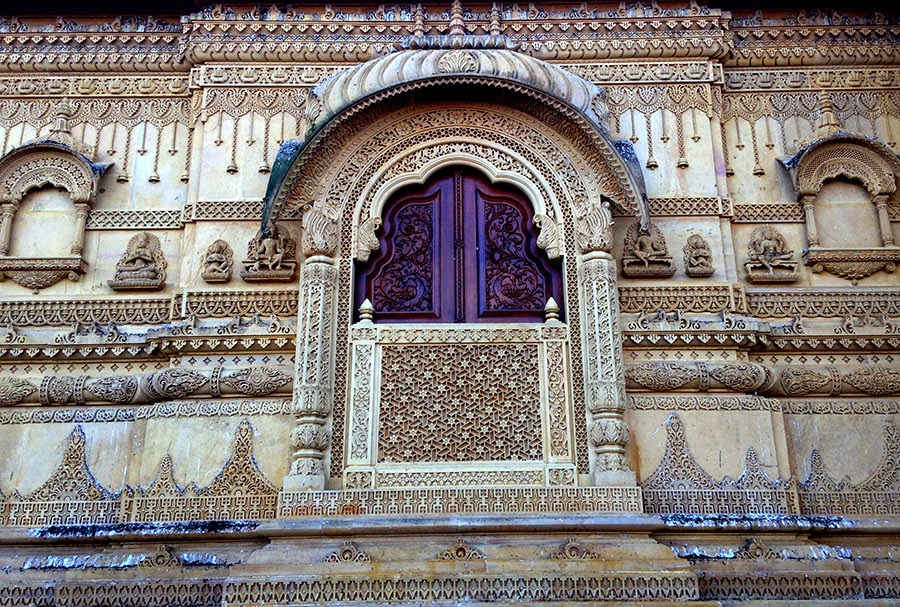 The architecture of Shri Vallabh Nidhi UK presents an epitome of mystical scales and proportions along with the heavenly carving which turns the structure into a magnificent celestial body.
Being located on 2.4 acres of land in the centre of the well known shopping area on the Ealing Road, Wembley; the temple plays the role of a place of deep relaxation and is visited by thousands each year.
The temple exhibits intricate forms of carving and moulds which are made up of various types of stones. The royal range of stones involve the ochre coloured stone from Jaisalmair which imparts a traditional Indian touch to the spaces, Bansipahad and Makrana marble turns the space into a home of peace and vitality, while the majestic facade is decorated by Jaisalmer lime stone, all of which have been imported from India.
The construction of the temple is based on the ancient Hindu Scriptures of the Shilpa Shastras that give guidance in dealing with buildings and sculpture techniques that have been followed in order to form a perfect masterpiece. The secrets stored in the age old scriptures are unfolded and the different spaces of the temple are imbibed with the perfect ambience, thus giving due respect to the different aspects of climatology and form, space and order.
Intricate and detailed hand carved patterns on the stones have been developed from famous mythological incidences of Hindu scriptures, giving importance to legendary Hindu tales such as the Mahabharata, Ramayana, Shrimad Bhagvatam and many more. The vibrant aura reflected through the architecture of the temple takes the human being into a world of deep relaxation and introspection, where the person is drenched with positive and spiritual feelings and thoughts. 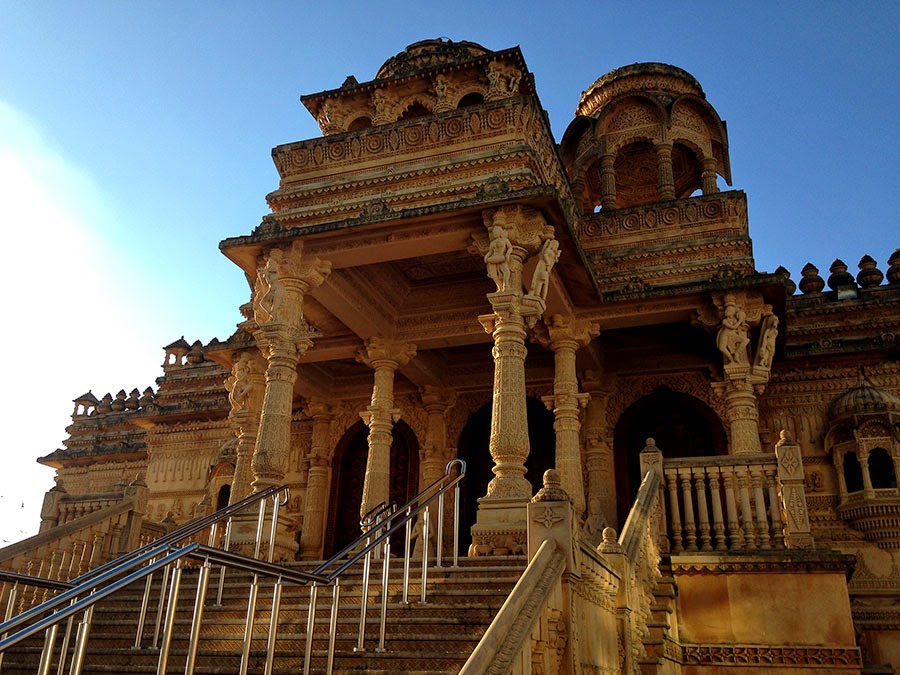 The spaces are well appointed with beautiful murtis of deitie and wall shrined deities. Thus, showcasing the importance of respect, love and compassion for all religions and sampradays, making the temple dynamic and universal as well as promoting the message of Vasudev Kutumbakaum, a Hindu term to describe the world as one big family.
The new Mandir was opened to the public on Monday 31st May 2010 . A ceremony called Pran Prathistha was held to “infuse the spirit of God into the statues” as part of the temple opening. 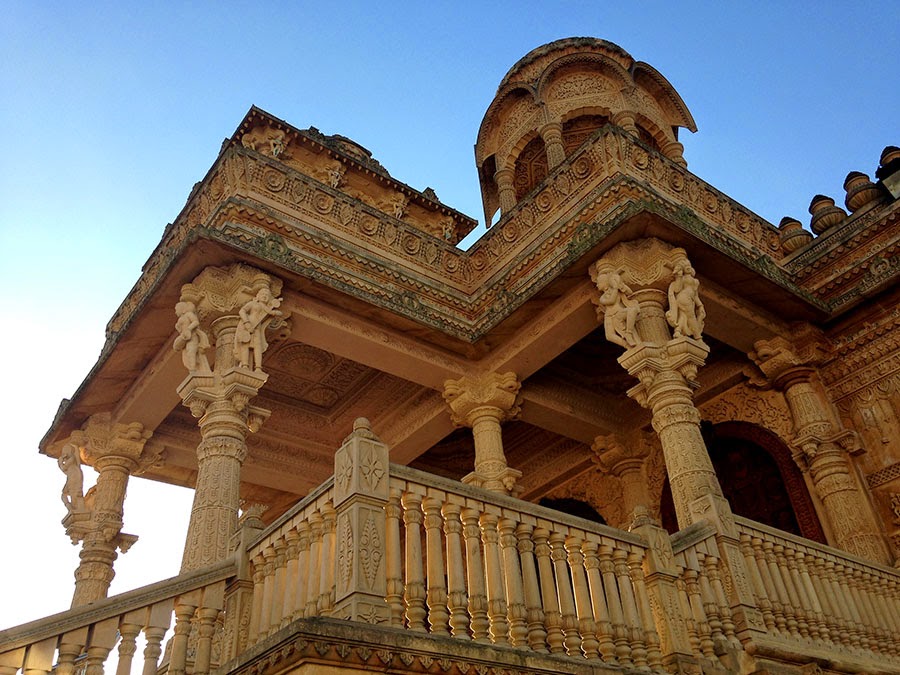 Our walk felt like walking in urban streets of Sri Lanka or India. And Shri Sanatan temple is not the only Hindu temple in London. Keep following my posts to find out about the others. 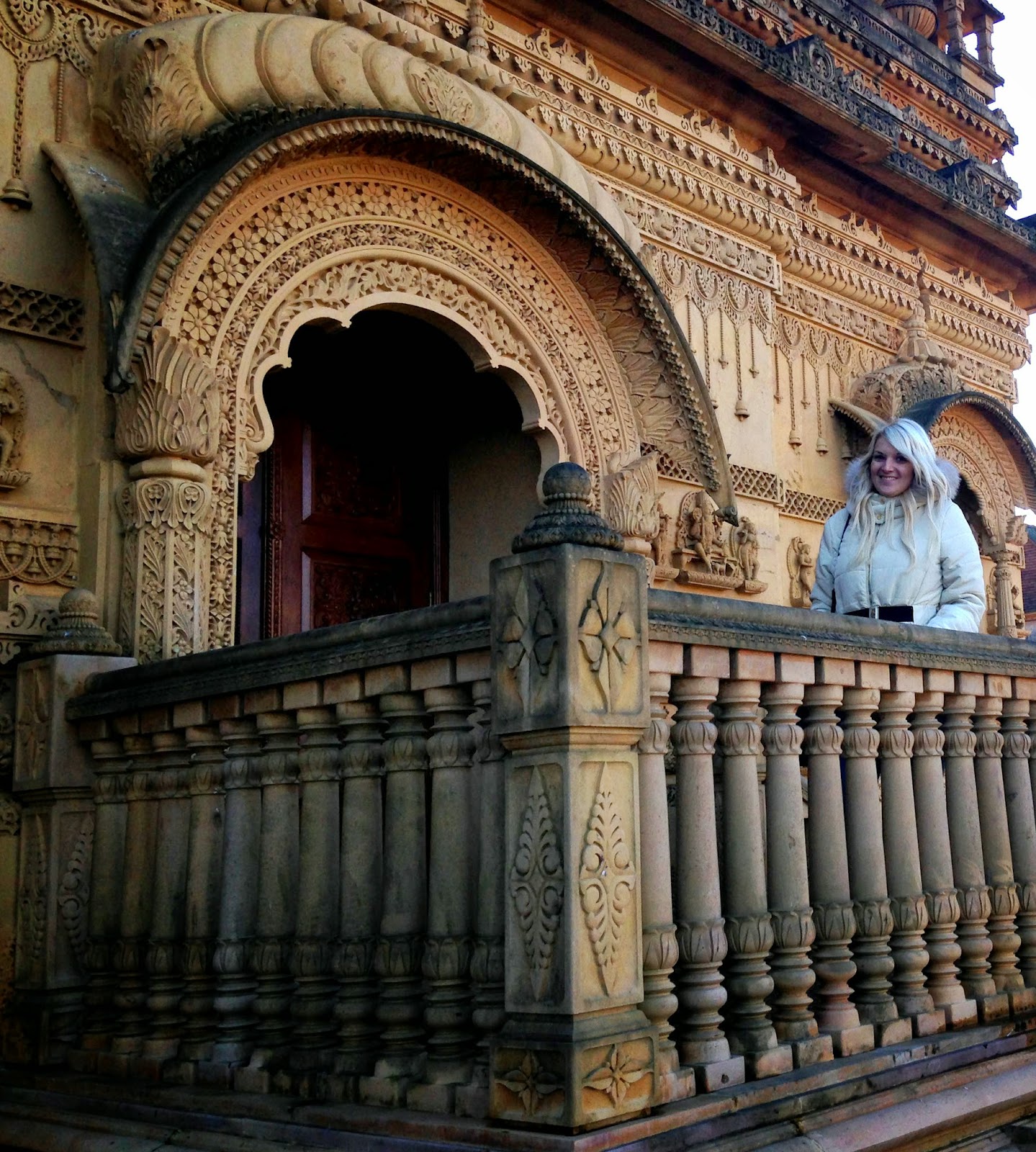