Well yeah... I was traveling a lot like day by day, moving from one place to another..
On the 3rd of January we took a bus to Hatyai (Southern Thailand) and from there the same night we supposed to go to Lankawi Malaysian island as the guy who was selling ticket at Koh Phangan said that there is a night bus and boat to that direction. But he played us. We came there and the bus station was closed so we took some hostel and stayed for a night.
The same morning around 8:30am we traveled by mini van to Satur (Thai border) and from there by boat to Lankawi. It was two and a half hours of travel when we finally arrived to Lankawi. In a van we met one middle age British couple (who are actually friends). When we arrived at Malaysian border we were waiting for like 20 minutes at the separated office for police officer to "check" our visa's. He was turning our passports up side down, scanning and making few phone calls and I was feeling really tired so I asked:"Is there any problem, Sir?" He said:"No, no, you are the first Serbians that arrived here so I just need to check, all good". When he did his super - check he let us in. Jure  was outside waiting for us.
3 travel mates - Maria, Jure and I, found some nice cheap hostel at Pantai Cenang backpacker area. Taxi driver ripped us off by charging us 20 MYR each, we supposed to pay 24 all together. However, hostel was cheap - 100MYR for 2 nights for all of us. The same day we went to the beach to enjoy the sunset. After we went for a dinner at some Indian street food place but that was a bad idea 'cuz the same morning I had some stomach flu (or diarrhea). I was at the room trying to use internet but the connection was really bad. I took some pill and lot's of coca-cola hoping it will help and after few hours I felt much better.
The same day I met my room mates at the beach and spent few hours lizarding, swimming and relaxing. 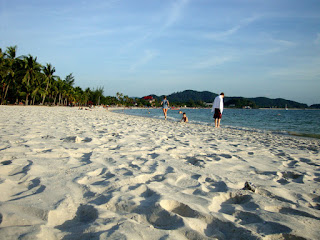 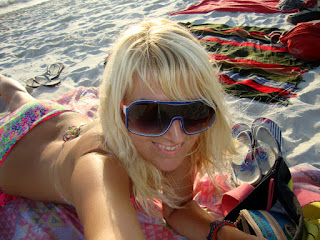 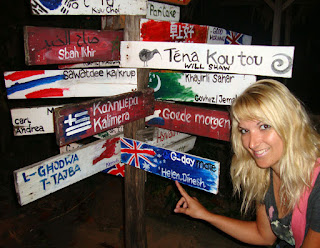 Next day we went to Penang island. We took a cab for 24myr to the port and then 60myr per person boat ticket to Penang. So far, I wasn't so amazed by Malaysia..
On the way to Penang we met Steve, German guy who joined us for the rest of our travels through Malaysia. In George town we stayed at Banana guest house for 60myr all together. I liked that place and chill out area near the reception. We had really good time there and I wish we could stay one day more but we had to go because we booked the flight to Singapore on 9th from Kuala Lumpur. Just to not forget, there on Penang we became RAWI family (Steve, Jure, Maria and Me).. While we were waiting for the room, accidentally we met a local guy Rawi. He was really funny at the beging saying we are all family, we should go out and things like that. We wanted to go to eat and we said to him that we'll meet up later but the guy was following us all the way to the red garden. Funny at the start but weird 20 minutes after even if I said to him to leave like several times. No, he took a seat next to Jure and acting like he don't understand. He probably wanted a company but on a wrong way. Or, he was just nuts. It was a funny situation cause we could not get rid of him. Even Steve tried on a very angry way to tell him to leave us alone.. No, our new local friend was just sitting with us keep saying: "We are Rawi family". 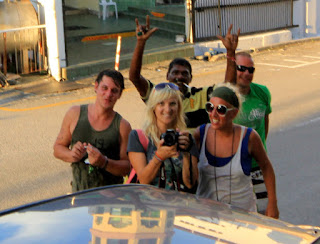 I had problem with my credit card since I arrived in Malaysia and I couldn't take any money from ATM so I borrow some money from Maria and when I arrived to Penang, same night I sent an e-mail to my bank to fix this problem as I am running out of cash.
We were sitting at the "chill out" area of our hostel until late chatting with people. There I met two Canadian guys Tyson and Kurtis and super cute girl Bonnie from Hong Kong.

The other day me and my travel buddies decided to do some sightseeing so we visited Batu Ferringhi beach, George town (clock tower, fort and little India where we had the best coffee for like 1myr). 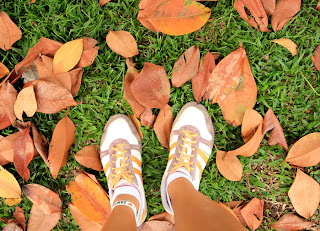 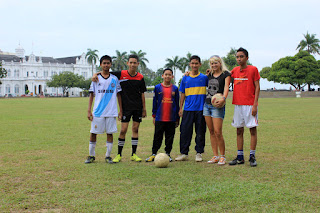 
We also booked the night bus for 35myr (departure midnight) to Kuala Lumpur. It was the best bus I have ever traveled in Asia. Nice, comfortable seats and ac. I slept all the way to KL. We arrived around 5am and all what we did for a next 2 hours was just searching for a budget accommodation in Chinatown. I couldn't say in a shit - dirty room and I believe non of my mates too so we took 80myr (20e) budget hotel called "Reggae guest house" for a night. Nice and clean. Jure went to make his visa for Burma with Steve. Also Bonnie texted me on fb saying she is at KL and we called her to join us cuz we were celebrating Jure's birthday at the entrance of our hotel. It was a funny night, maybe one that I will remember. 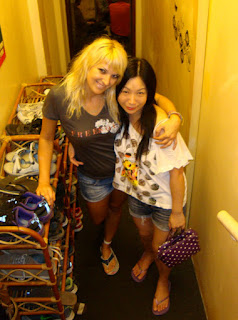 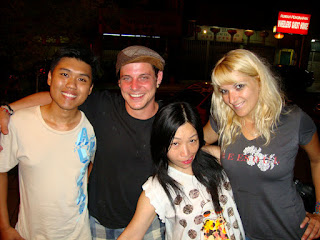 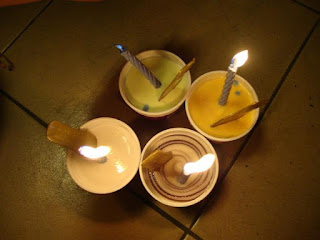 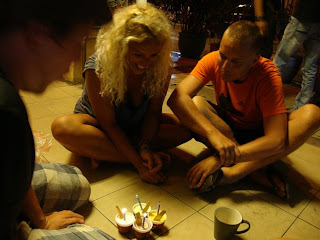 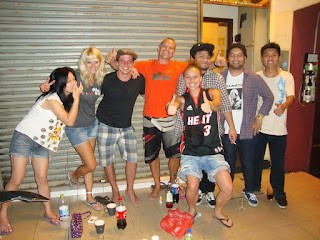 During the day time, we visited the Twins towers of Kuala Lumpur and Chinatown. Maria did some aerobic - zumba with local girls at the main park .. so funny!!! 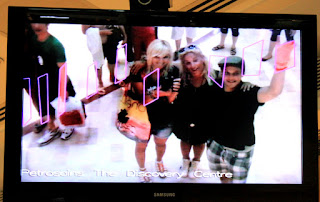 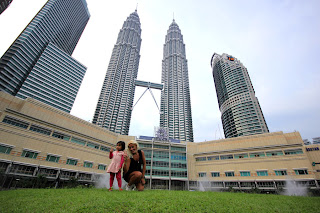 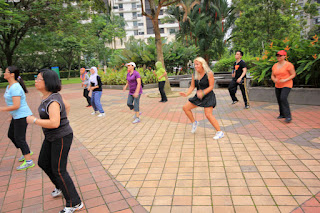 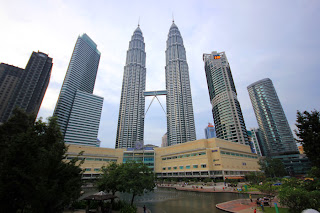 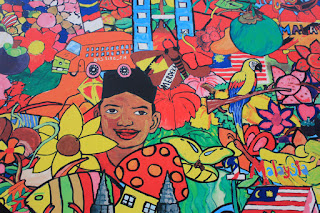 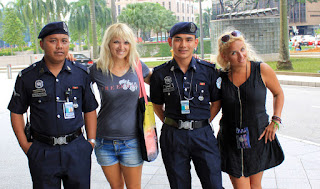 In Malaysia things are not cheap as they are in Thailand...
Jure's birthday night was really amazing. We surprised him with ice creams and candles and some local whiskey with cola. Taste is like rum actually :)
The other morning we took a taxi to the airport (82MYR). Steve also came with us but his flight was 30 minutes earlier than ours. Taxi driver left us at the main international airport but we forgot to say that we had low cost flight tickets and we were running out of time so we asked each person that we saw if they can take us and we'll pay but nobody wanted. No taxi around, next shuttle bus is coming in 20min and we were panicking cuz we had about 10minutes before the gate is going to open.  We stopped 1st vehicle on the road and begged guy to take us to the right transit. And yes, he did..We were saved!
So here we are ... in rich, fancy Singapore.. Expensive on any corner. My credit card is finally working. We are staying at nice, cheap hostel "Green Kiwi". It is just 13e per person per night with breakfast and coffee is just one Singapore dollar (1.5 American). Not too bad at all but still nothing cheaper than 3SGD. I am really looking forward to go to Cambodia. Kind a hate this luxury way of living as my budget is not so brilliant. Let it be... Loving life!