West coast of Thailand and famous "James Bond' island is actually a part of the Ao Phang Nga National Park. Since 1974, when it was featured in the James Bond movie "The man with a golden gun", it is popularly called James Bond Island. We went there for a tour at 8:30am. Our guide Beo, was one Thai lady-boy but very interesting :) He spoke good English. We were in a van and we had 2 hours ride to the National Park. Maria still did not feel very well and I felt tired too.
We arrived at the small port around 10:30am and took a slow boat ride around Khao Phing Kan islands. 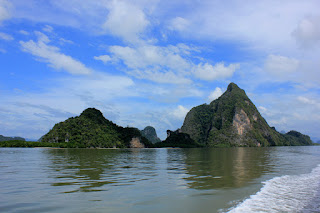 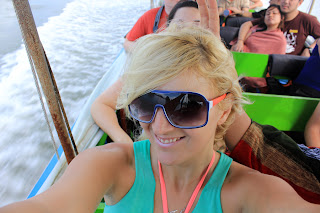 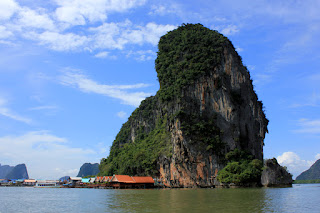 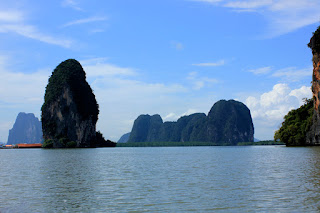 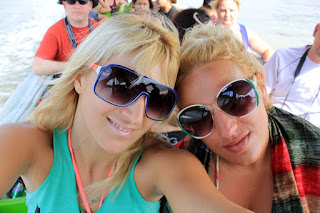 Our 1st stop was Khao Tapu or "James Bond" island. Everything looked like real tourist trap. We had 30 minutes free and all we could actually see there were just shops and many tourists.. I didn't like it. We made some nice pictures and went on a bench waiting for our boat and guide. It was so hot and the weather was really nice. 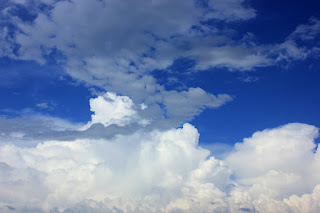 Only the sky is limit.. 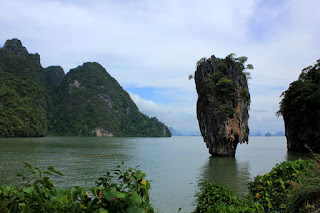 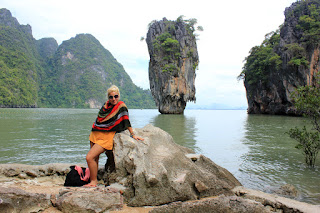 Maria and her new scarf 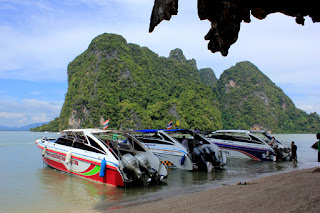 Speed boats on the other bay - Khao Tapu 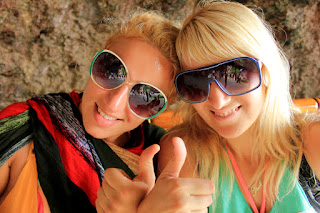 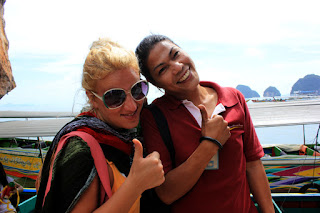 After that, we stopped at some points so few people went out from a boat. They have booked canoe ride which was really crap 'cause our boat took us as well at the lagoon and we could see it wasn't worth to pay extra... So far, I hated this trip.
Our 3rd stop was lunch time at some Muslim village. The food was amazing! So tasty. We gave a try once again for Thai "tam yum" soup but it was too much spicy so we agreed we will not order that again.
After we took a walk through the village market and saw many funny stuffs such as fat pregnant cat lying next to the few fresh fishes, some dry fish chips, monkey in a diaper and many more.. 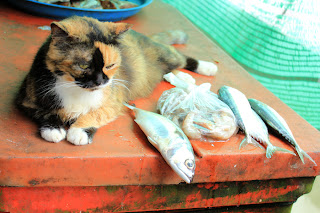 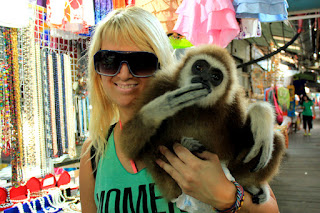 Monkey in a diaper :) 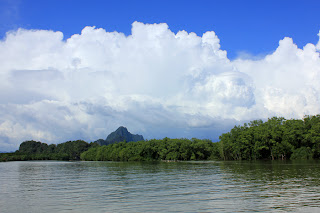 Back to the port

Around 2pm Maria, Me and the rest of the group with our funny unusual tour guide went to see "Monkey Temple". I loved it. The temple is in one giant cave (entrance 20baths) with huge reclining Buddha statue. The name "Monkey" is probably because of many monkeys walking free around and in side of the temple. 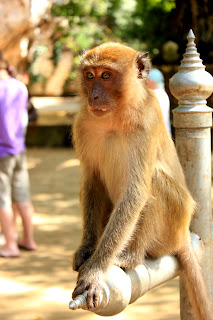 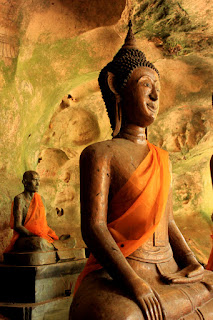 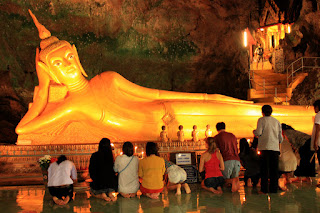 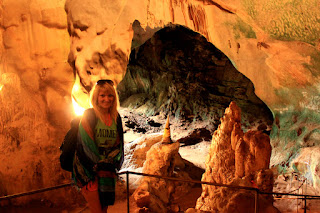 In side of the temple

The rain started just after we all got back into the van. I felt so tired and I also fell asleep. Maria did not give better signs either. 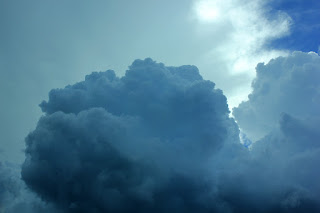 The last thing on our excursion was to see waterfall. It was some small local waterfall that I already forgot the name. Quick photo stop. 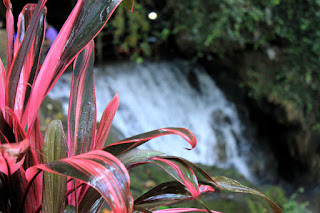 And that was it. Our day was not worth those 20euro trip (800baths), National Park is beautiful, the island is nothing special, but food was really good. So, I'll put this way: We paid for a boat trip and nice lunch in restaurant. Everything else really screams: "come and leave money".