DAY 7: THAILAND - LAST MORNING IN BANGKOK AND FLIGHT TO TRANG

Last night was really unreal.. We went out to Koh San Road and decided to take a walk, watch some shops and have a dinner on the street. It was busy and very hot. We took a Chiang beer in "7 eleven" shop and chilled on our own way.
After a while, we tried to spot some bar and get there. On a first look, we did not like night life in Bangkok and also all taxi and tuk - tuk drivers, pr's and all reminded on Laganas. "Come my friend, special price for you" - so lame!! The only difference is that here (in Bangkok) you could eat nice food not junk food and beer is cheap :) Other things well, we did not see but many taxi drivers were offering us some "ping - pong, chocolate and whatever shows". Now you gonna say:"Well that's normal, you came to Thailand". But I've found it opposite. People that we saw on a busy roads were mostly couples. Right. If you ask me, I would never come to Bangkok with my boyfriend.
We met many people from all around globe that night. Also, we saw street break dance and "gangnam" shows on Thai way. We bought some hippie bracelets from "frog" woman and when the night took all that was worth to see we got back to our room. 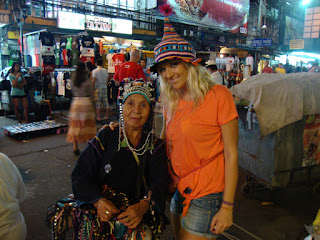 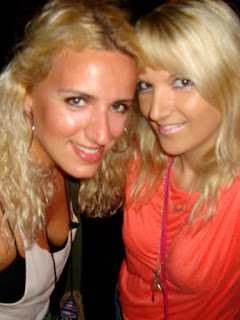 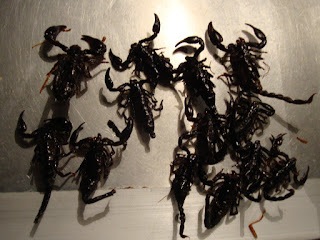 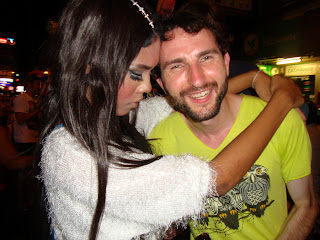 Philip: "Help! Lady-boy is chasing me!!" 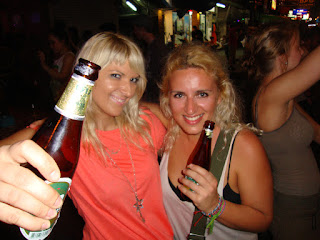 
In the morning, after we checked out we took a cab to visit "Wat Po" temple and big lying Buddha.
Taxi driver tried to fool us with a bill but I've reacted on time. Nevermind we had enough time, we decided to go to the airport earlier, and thanks God we done that since Bangkok traffic is hardly standable. 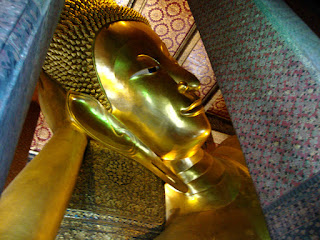 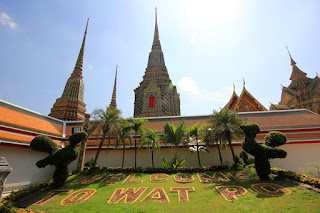 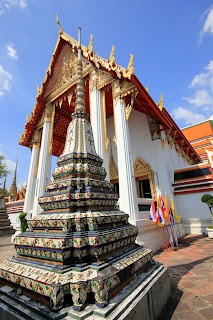 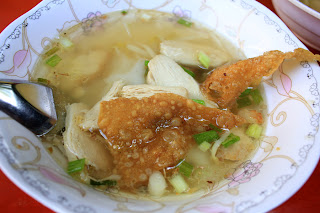 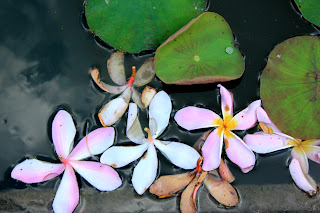 Arrived to Trang, got an acid bus ride to Krabi together with a scooter in side :) and dropped off by military van to the center. :)) 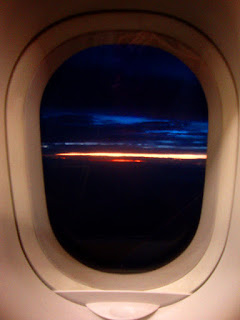 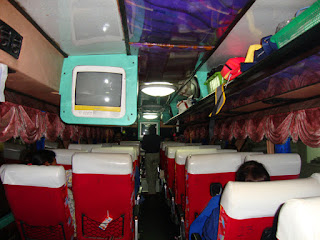 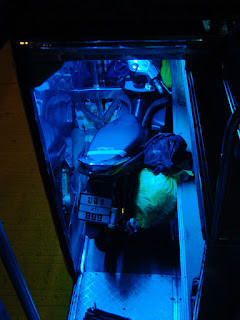 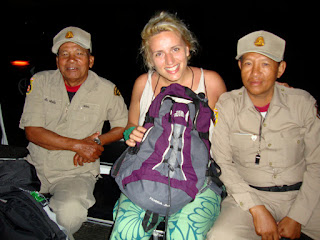 After chaotic Bangkok it's so refreshing to spend a night in krabi town.